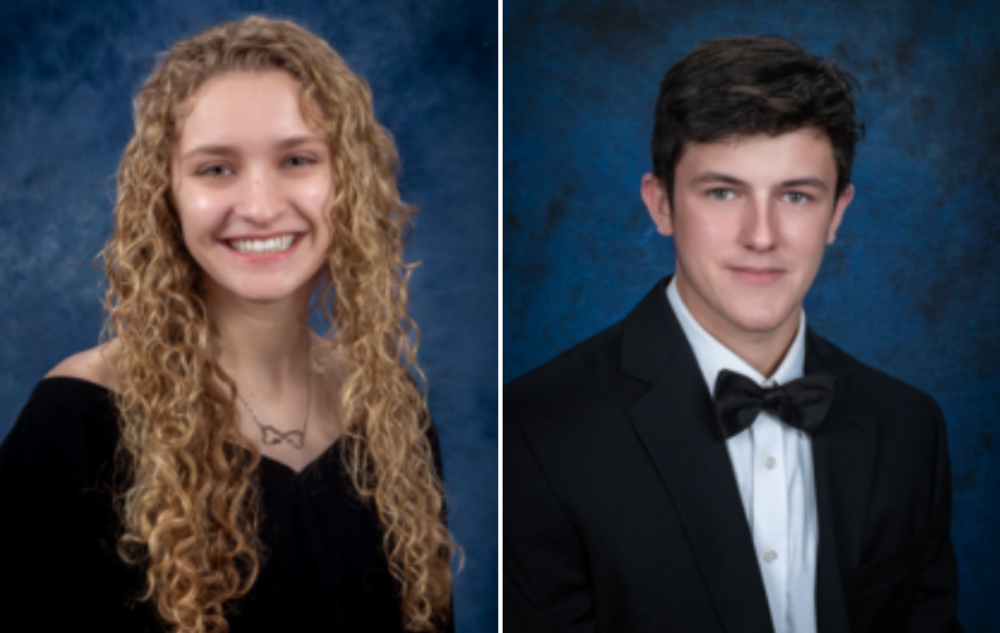 Class of 2022 Valedictorian and Salutatorian

Mr. Jeremy Moore, Principal of Cairo-Durham High School, is pleased to announce that Ally MacGiffert has achieved Valedictorian and James Mutinsky has achieved Salutatorian for the Class of 2022. 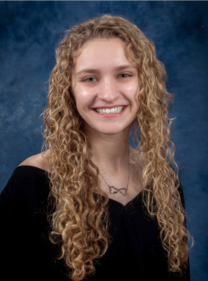 Ally MacGiffert is the Valedictorian of the Cairo-Durham Class of 2022. Through her years at Cairo-Durham High, she has participated in multiple sports such as Varsity soccer in 9th and 10th grade and as a senior was a member of the Varsity Cross-Country (where she was named MVP), Indoor and Outdoor Track teams. In addition, Ally has been an active member of the drama club at Cairo-Durham, participating in 7 musicals over the years. The music department has played a big role in her high school career as she has been involved in band, chorus, jazz band, women’s chorus, handbell and she has attended NYSSMA and All-County for both vocals and the alto saxophone. Ally has been involved in Interact club and SADD at Cairo-Durham as well as being a member of National Honor Society, holding the position of secretary her senior year, and secretary for the Class of 2022. Her academic achievements can be seen in the various academic awards she has received from the AP and college courses she has taken as well as receiving the University of Rochester Bausch and Lomb Honorary Science Award and the Clarkson University High School Leadership Award. During her senior year, Ally had the honor of earning the NYS SEAL of Biliteracy along with 4 other peers from her Spanish class. As a senior, she attended the New Visions Medical Program where she had the unique opportunity of shadowing in Samaritan Hospital every week, obtaining firsthand experience in the medical field. In the fall, Ally plans on attending Binghamton University majoring in biology on a pre-med track with a minor in Spanish. 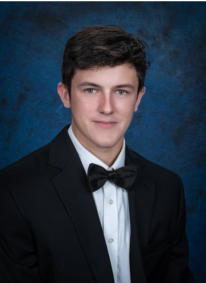 James Mutinsky is the Salutatorian for the Cairo-Durham High School graduating class of 2022. Throughout his high school career, James has been part of the school's varsity basketball team, track and field team, and soccer team-of which he was captain his senior year. Academically, James has been a high honor roll student throughout his four years at Cairo-Durham High, participating in several AP, college, and honors courses during this time. Due to his involvement in these courses, he has received several academic awards, including the George Eastman Young Leaders Award for the University of Rochester and the Clarkson University High School Achievement Award. Additionally, in his senior year, James was one of the five recipients of the NYS Seal of Biliteracy for Spanish. James has also been involved in several musical groups at the school, including the marching band for which he plays saxophone, and the musical stage crew, famously being the head of the camel in "Joseph and the Amazing Technicolor Dreamcoat". Additionally, he has participated in both NYSSMA and All-County for band and chorus. Moreover, James has been involved in several clubs throughout his time at Cairo-Durham, including the school's National Honor Society, for which he currently serves as President. After high school, James plans to attend Siena College with a major in biology on the pre-veterinary track.