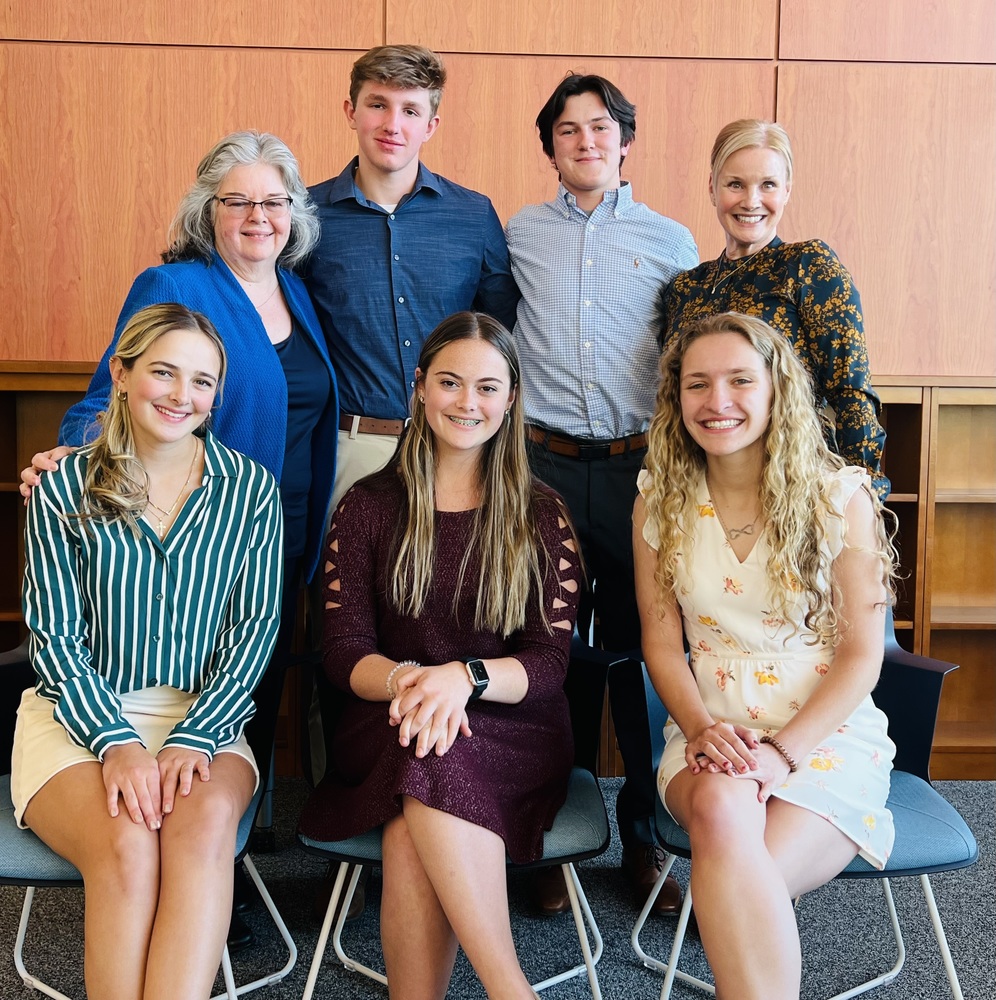 They are the second class of Cairo-Durham students to earn the state’s Seal of Biliteracy distinction. In addition to special seals on their diplomas, they will receive medallions in recognition of their achievement.

“Earning the Seal of Biliteracy is a true affirmation of these students’ accomplishments in language proficiency and multicultural understanding, and meaningful for their future college endeavors and employers,” said Tammy Karker, Department Facilitator for Languages Other Than English.

Students pursuing the NYSSB are encouraged to explore advanced language study and its academic and real-world applications. MacGiffert and Mudge acknowledged how the NYSSB is beneficial to their future medical careers and will support their abilities to provide medical care for Spanish speaking patients.

“It is an advantage to Cairo-Durham students that the state Seal of Biliteracy is offered here because not all districts have this opportunity, and students who have the Seal of Biliteracy will have an extra tool for their career path,” said Leslie Kudlack, a World Language substitute teacher and former president of the New York State Association of Foreign Language Teachers.

To be considered for the NYSSB, all five candidates fulfilled criteria for proficiency in English and Spanish. This includes completing upper-level English and World Language courses with a minimum average of 85% and earning high scores on Regents, Advanced Placement or other accredited “Checkpoint C” exams. Candidates must also present a research project that meets the state’s criteria for proficiency in speaking, listening, reading, and writing in English and at least one other language.

Byrne, Lampman, MacGiffert, Mudge and Mutinsky completed research projects on cultural topics of interest and presented them in Spanish on April 29, 2022. They covered topics in music, medicine, historical analysis, protections for exotic animals, and morality and magic realism. The candidates were rated on their presentations and abilities to answer questions in Spanish by Modern Language teachers Maria Misasi and Leslie Kudlack, who assessed the students’ proficiency using rubrics provided by the state.

Mutinsky, who is interested in pursuing veterinary medicine, shared that choosing a topic he was passionate about helped him through the process.

“When having to present in a second language, discussing a topic that grasps your own attention makes the process more productive for yourself as the presenter,” he said.

The five Seal recipients agreed that the process was long and often difficult, but the value it has for their futures and overwhelming sense of accomplishment made the process worth it.

“I would tell other students who might be considering this process to do it,” said Byrne. “You will get lazy and not want to work on it but having a weekly goal will help. It doesn't have to be a huge goal but working on it a little every week will help it come together.”

“The Seal of Biliteracy is a huge accomplishment that we have all worked so hard for over the past five years,” said MacGiffert. “It reflects the dedication and commitment that we have put in as well as something that will be of great value to us for the rest of our lives.”

In addition to identifying high school graduates with multilingualism and multiliteracy skills that give them an edge with prospective employers or universities, the NYSSB encourages the study of languages and affirming the value of diversity in a multilingual society.

“World language education is extremely important not only for the language aspect but also for the understanding you gain of other cultures,” Lampman said. “It's not just about learning a language but also the culture of countries very different from yours.”